Attorney Jack Goodchild was a featured speaker at the 89th State Bar of California Conference held at the Marriott Marquis in the San Diego Marina from September 29, 2016 – October 2, 2016.  Mr. Goodchild’s presentation was held on Friday, September 30, 2016 from 8:30AM to 10:00AM for the Workers’ Compensation Law Section.  His panel was titled: “WCS Substantial Medical Evidence in Workers’ Compensation or How to Pass the Sniff Test.”

All too often a workers’ compensation litigator’s position is either rejected outright or the parties are ordered to develop the record to to a lack of viable medical evidence supporting a conclusion.  Mr. Goodchild’s panel addressed new ways to attack and defend medical reports in workers’ compensation cases.  The topics included a proposed step-by-step discovery plan for Almarez-Guzman disability rating case, how to adequately support a pain add on and more. 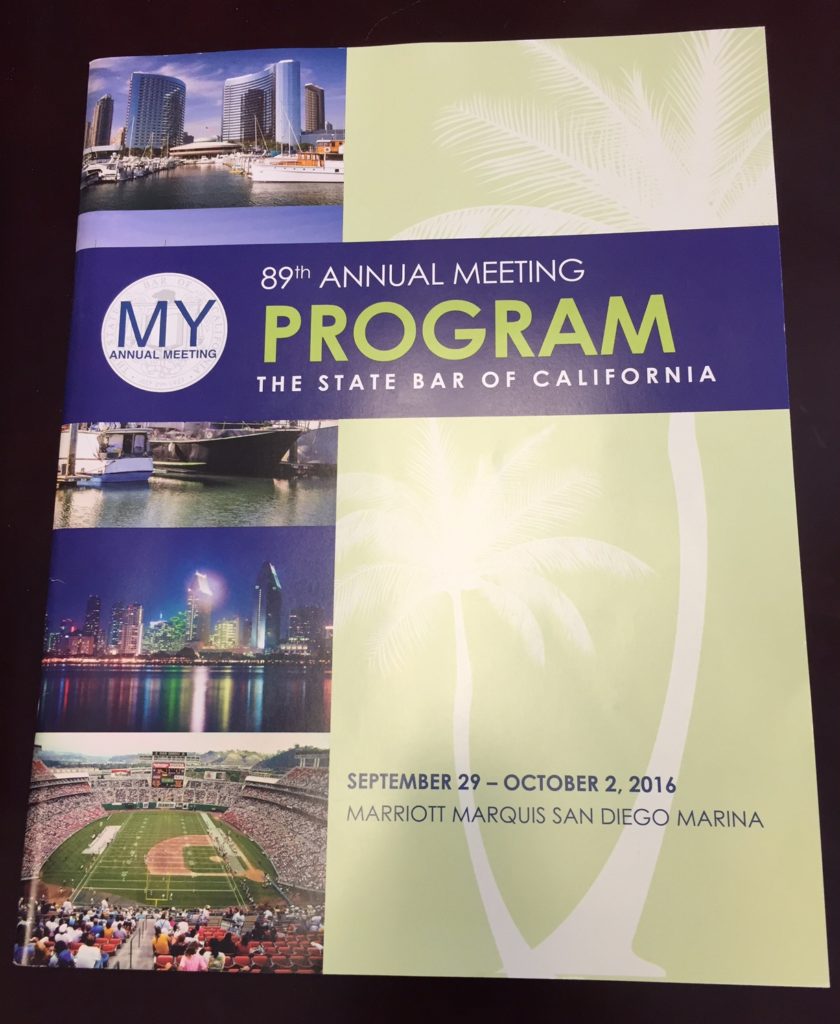